NewsNyheterSearch and rescue at sea

The Åland Search and Rescue Society is a voluntary coastguard performing rescue services at sea. They secure the water areas around the Åland Islands, important sea routes for Finnish and Swedish boat drivers. Paf visited their station in Saltvik to get an insight into their association.

The Åland Search and Rescue Society (ÅSRS) has about 120 sea rescue volunteers who constantly are ready to attend missions at sea. The society consists of 6 stations spread out on Åland. The station in Saltvik is located the furthest north on Åland and about 20 voluntary rescuers operate there. The boat at the Saltvik station is called Rescue Björkskär and it was acquired from the Swedish voluntary coastguard in 2014. The boat is made for both rescue missions at sea and near the coast, it also has good equipment for handling emergency patients.

Once every year ÅSRS open up the gates to one of their stations, so the public can freely visit the station. The purpose is to draw attention to the volunteer coastguard’s work. 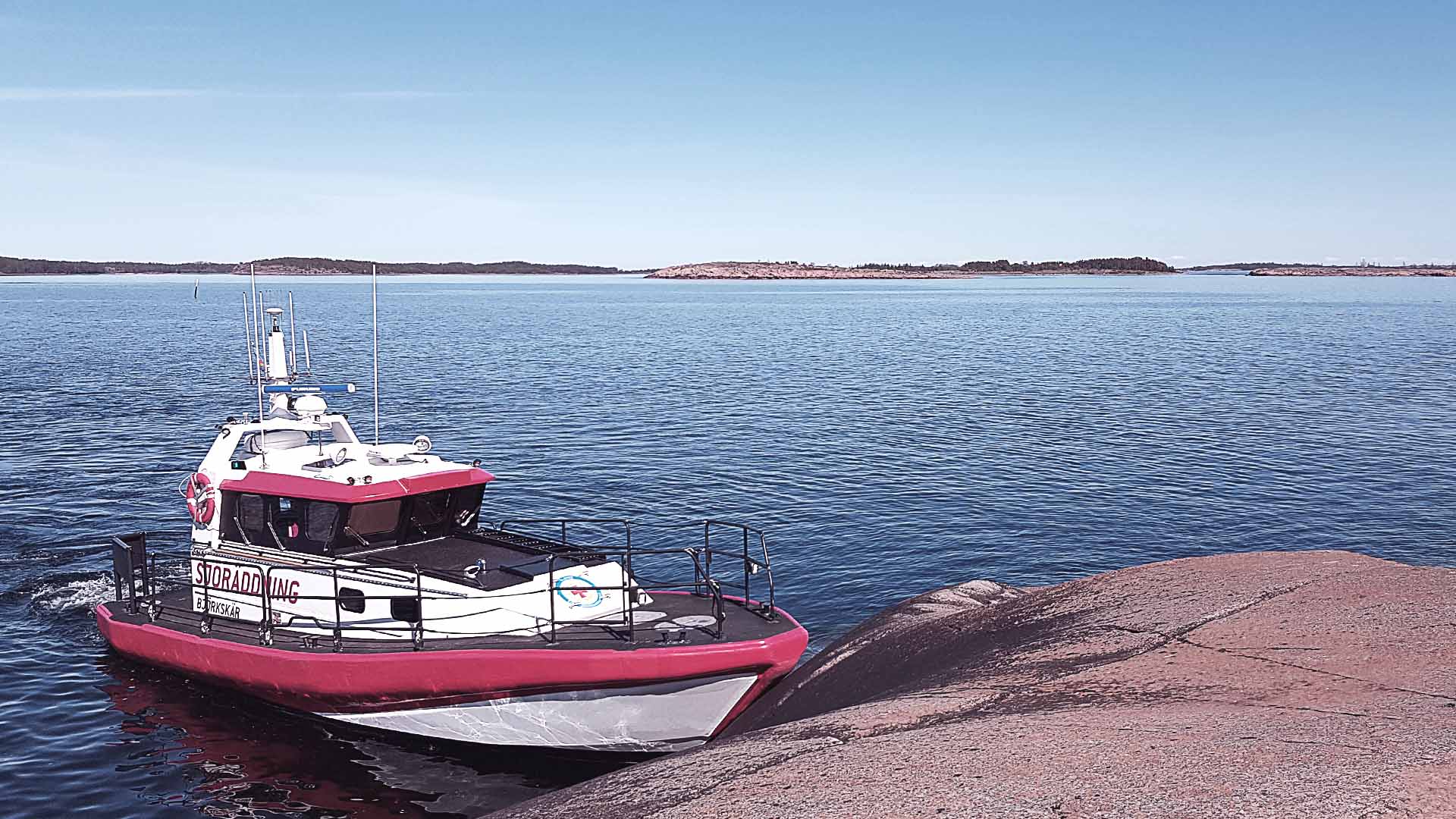 “It’s about presenting ourselves to society and reminding everyone of our existence. It is important to know who you can call in case of an emergency. It is also good for those who are thinking of joining the volunteer coastguard. To make it possible for them to look at the station and meet those who handle it,” says Sten-Göte Nyman, Head of Saltvik station.

In 2021 the whole association had 144 missions of which the Saltvik station received about 15 of them. These missions could include everything from a grounding accident to a case of urgent illness, or just a boat with engine trouble at sea.

ÅSRS doesn’t only work with sea rescuing but also with preventive work. During a two-year period the Saltvik station has worked with restoring old fishing lighthouses. These lighthouses aren’t placed in the typical sea routes, they are made to guide the boats that choose to go outside of them. The purpose of the project was to increase the safety of the waters around the regular sea routes and in total 9 lighthouses were renovated.

The Åland Search and Rescue Society is one of the associations who annually receive support in the form of Paf-funds which helps them run the association.

“Paf-funds are significant for our work. It would be impossible to have these stations up and running without Paf’s support. The Paf-funds stands for approximately 75% of the sum we receive every year,” says Sten-Göte Nyman.