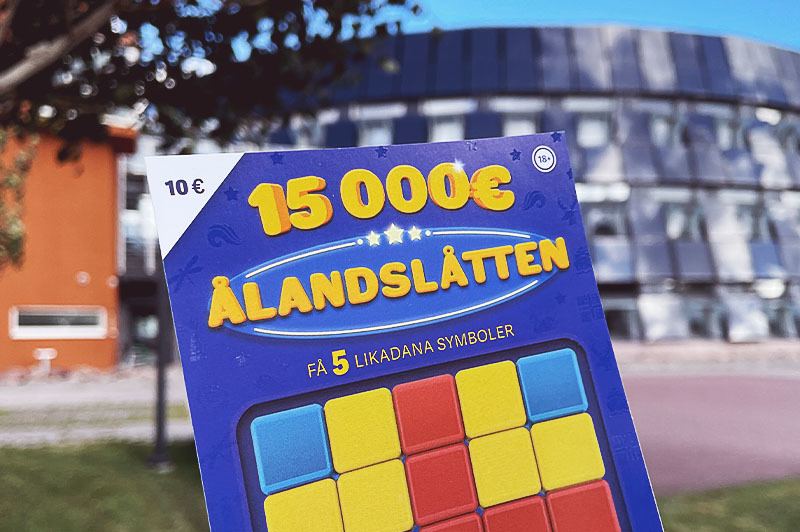 The sale of the Ålandslåtten scratchcard has ended. The scratchcard was created to highlight the Åland 100 years celebrations.

A special feature was that every scratchcard raised one euro directly to a good cause. The final result was 10,055 scratchcards sold during the year.

– It is nice that we could highlight Åland’s 100th anniversary with a newly developed product that contributed to a good cause, says Sari Venho, Key Account Manager.

The money raised will be used to fight mental illness among young people, by part-funding an educational program for professionals in primary schools and childcare services.

– We want to support children in childcare and students in primary school with an educational effort in positive psychology. The educational program will teach out how you can build up, develop and strengthen the psychological well-being within the learning environment for both children and staff members, says Elisabeth Storfors, Chief Manager for the Education and Culture department at the regional government of Åland.

The scratchcard was in many ways unique even for Paf and it had the highest win that Paf ever had on a physical scratchcard, 15,000 euros. During the sales period, the top prize was also awarded to a happy winner.

– The scratchcard was also a pilot test on our part to find out if there is interest in a scratchcard that costs 10 euros and has higher winning amounts. And the feedback from our sales agents has been positive, says Sari Venho.

You can find more information about Paf’s scratchcards on Åland at Paf.ax.