NewsNyheterPaf believes €8,000 per year is the benchmark for loss limits in Europe

Paf believes €8,000 per year is the benchmark for loss limits in Europe

CEO Christer Fahlstedt talks openly about refusing to take “blood money” revenue from at-risk players despite it doing obvious damage to the company’s bottom line. “We think you’re unlikely to be allowed to lose more than €8,000 per year. That’s what we see as the benchmark,” he says.

One of Paf’s key pillars is responsible gaming. It is something its CEO Christer Fahlstedt takes very seriously. When Paf first introduced loss limits in 2018, these were set for online play at €30,000 per year. In 2019, this was reduced further to €25,000 and then dropped again last year to €20,000. Fahlstedt describes it as a “strategic decision” but it is also one that has had a knock-on effect on revenue, leading to a decrease of income by €2m-€3m every year.

“Our view is that in a tightly regulated European market, we think you’re unlikely to be allowed to lose more than €8,000 per year. That’s what we see as the benchmark,” he goes on to say. 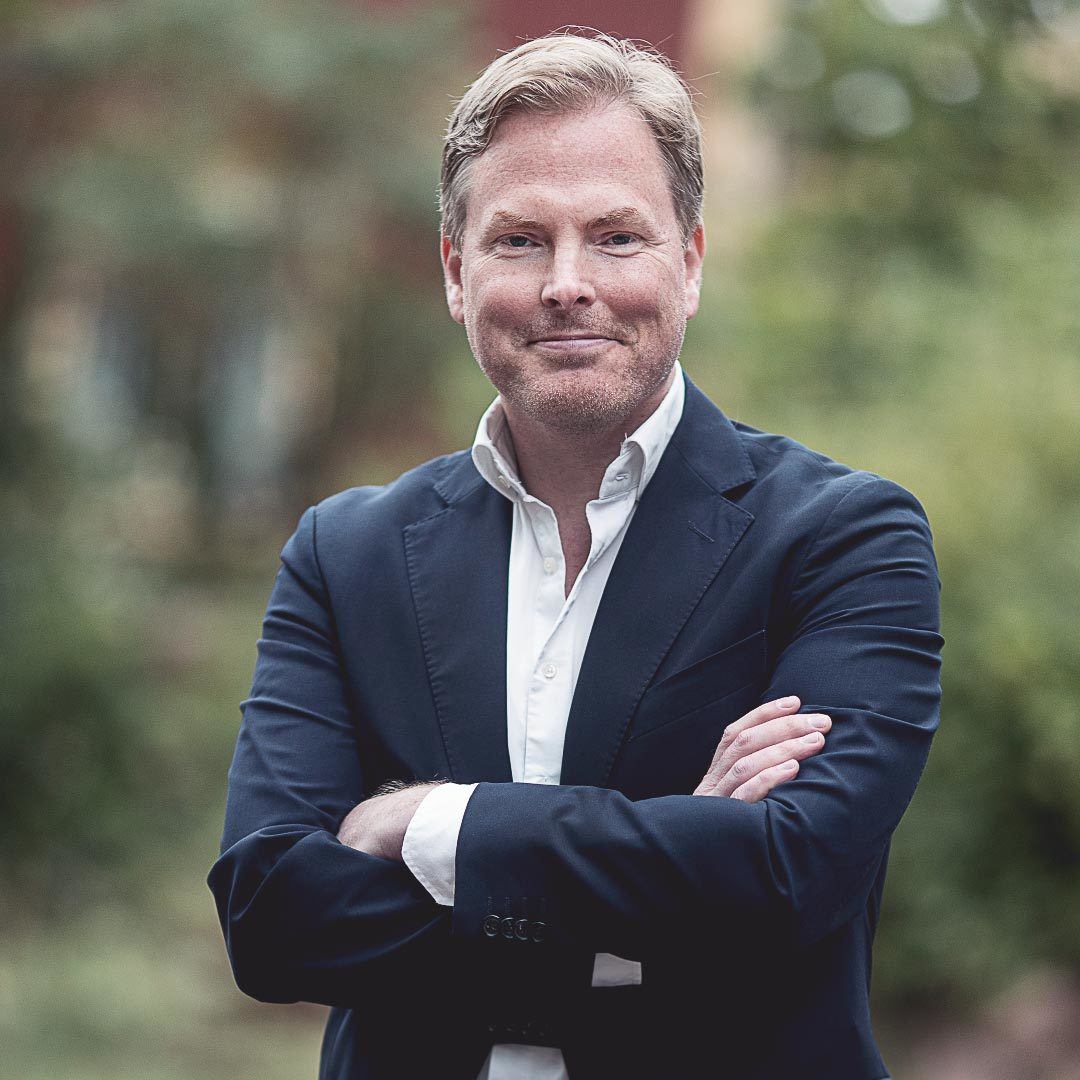 Fahlstedt, who joined Paf in 2016, believes this is a sustainable level and that Paf needs to be prepared for the future.

Lofty ambitions indeed, yet it’s a goal that Fahlstedt acknowledges will take some time to achieve. While Paf hasn’t had top-line growth in the last three to four years, it has had growth in the “green segment”, i.e its sustainable players. In September, the board will make a decision about how it will move forward with this strategy and at what pace.

“It’s a fine balance. We have a lot of obligations we need to serve. We have to generate funds. We need to be competitive and to grow and survive in the market. But, at the same time, we have a moral obligation to do everything we can to make sure we don’t generate money from the wrong customer groups. It’s as simple as that,” Christer Fahlstedt explains.

“You can sugarcoat it but it’s blood money”

“We still have a lot of money that is wrong in our numbers. There’s no denying that and we should say no to more money. This is a journey we have started and there is going to be many years left on this journey before we reach our green revenue,” he says. 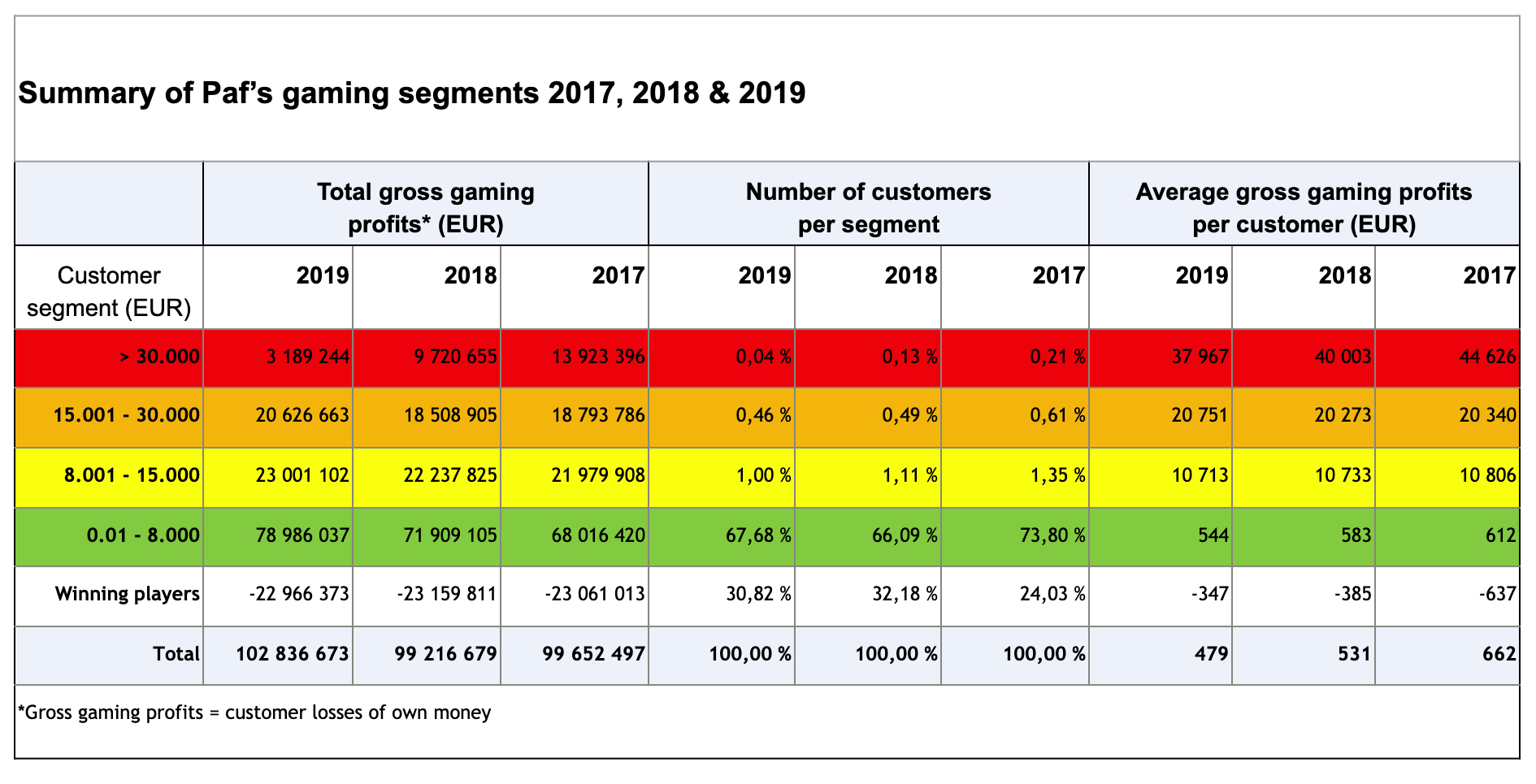 Paf made €14m from the red segment in 2017, but last year this was €0. With 80% of this hitting the bottom line, Fahlstedt concedes that it “is a massive thing to say no to but it’s the right thing for us to do”. He says it makes him very proud to be the only company in the world that publishes these types of numbers in its annual reports with total transparency.

“For sure, it’s a lot of money that has been lost for the owners. But we’re all in agreement that this is money we shouldn’t have. You can sugarcoat it but it’s blood money. It’s to a very big degree people who are sick and can’t control their gambling addiction, and that’s money we shouldn’t take,” Christer Fahlstedt states.

A national strategy for limits

Turning the attention to his home turf, Fahlstedt is very vocal on his opinion of the Swedish market and the impact of weekly deposit limits of SEK5,000 (£423) and bonus caps of SEK100 (£8.50) introduced to mitigate gambling-related harm during the pandemic. He believes that it is all moving towards the €8,000 yearly limit as a proof point. And what he would like to see is a national strategy for limits, like in Belgium (€500 weekly deposit limit), as opposed to per operator.

“In Sweden, the limits are too low, they don’t understand that people both win and lose. So, you’re just pushing people away who want to be loyal to their brand, and now they need to go to a new operator who has no previous track record and doesn’t know anything about them…And the limit is reset. So, in that aspect, it’s sort of dysfunctional, counterproductive, dishonest and dangerous,” Fahlstedt voices.

Having a centralised database where all the losses on licensed brands is aggregated would be the ideal scenario. He sees it almost like a ‘black box’ where the operator can’t see the data but can ask the database for information on the deposit or loss-limit for a player and apply that accordingly to their account.

Paf’s CEO also believes this is the future of bonusing.

“We’d be surprised if you’re in a European market and allowed to offer bonuses in five years’ time. If that’s a good or bad thing, I think that depends on whether or not you’re able to prevent unlicensed operators from working. If you can prevent unlicensed operators from accessing the market, then I don’t think we need bonuses,” Christer Fahlstedt says.

“But if the unlicensed operators are there, they can offer bonuses. They don’t need to pay tax or do any KYC/AML, and the whole system will break down,” he adds, which all links back to the channelisation issue in the country.

However, he is keen to build on the underlying growth Paf has seen in the sustainable segments such as the green revenue.

“A euro earned from someone in the yellow and orange segments are not nearly as valuable for us. That’s a temporary thing that will go away with time. So, we’re looking at a lot of this core green revenue as we have really strong growth there. That gives us comfort for years going forward,” Christer Fahlstedt says.

This interview was published on the EGR Intel news site and the original text has been written by Melanie Dayasena-Love. Link to the original interview.